Who is the Vice-president of India ???

Who is the current vice-president of India(as on Feb 18 2010)?
Bhairon Singh Shekhawat?  Naaah ? 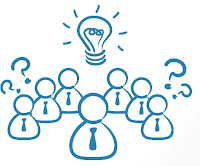 Hey, It is not a quiz here. I have been asking this question to many people i came across since few weeks, and not surprisingly, very very few could answer. Many of them include software engineers, students, government employees, IAS aspirants(ahem!), NRIs etc. The first thing I noticed in them is that though they had the  answer somewhere in the grey areas of their busy brain and they were unable to retrieve  it from the hidden database. Some were totally blank when they faced this question.  Few of them asked/doubted whether i know the answer or not.  One of my friends felt relieved when he told me the answer after few minutes of database mining . Interestingly, few people were so obsessed with this question that they took time to find out the answer. Some of them smsed the answer after a day or two. Of course some embarrassments for civil service aspirants who chewed water and gave some lame excuses.  The most common  and first answer i got from most of them is  that our vice-president is a 'Muslim'. Am not sure how many of you are going to search in Google or Wikipedia to find the answer. 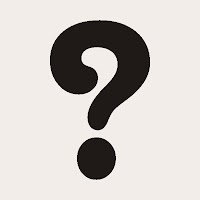 By the way, have you googled or wikipeded for the answer?
PS: To know his name as well as about him, click
1. http://vicepresidentofindia.nic.in/profile.asp
Written by Mahesh Aadhya Kalal at 1:07 AM
Email ThisBlogThis!Share to TwitterShare to FacebookShare to Pinterest
Labels: India, Questions

First one to comment :~D
I remember once goggling for the name of our President...To make sure Mrs.Prathiba Patel is our President....
A bad citizen huh :~(
Our Wise-President truly seems so WISE!

I guess I have missed few of your posts...will come back to read them...

@ Geeta...
Thanks buddy and wisdomism is awaiting your visits ...

President and VP posts are sympolic in Indian contest. Thanks to Abdul Kalam, there was a buzz around Presidential talks during his tenure and the buzz spilled over a bit during Prathiba Patel too. If the next President happens to be a boring personality, the indian public can even forget his name too, leave alone VP.

- Lakshmi Rajan
GingerChai.com
P.S > Can u activate Name/Url for commenting, It will make life easier for people like me who frowns upon the need to login google just for the sake of commenting. For your info, the open id url does not work. name/url works.

Thanks for adding the points :)

@ Mahesh Buddy
I would have yelled on u if u would hav thrown a real quiz on GK...perhaps U get much deep with the concept of asking questions to the much unanswered unknown question!

At the end i was quite happy and jumping...that i knew the answer..but then the googly..."It does not matter u knw the answer or not!"...Ahh..i lost all points to ur quiz but got spellbound with ur view!

U give turns and churns...trust me U make me wise sometimes n i mean it buddy:)

Congrates for ur unexpected post comming from the single quote..that moved me tremendeously!

Hamid Ansari.
Look, the VP has very little role in the politics of the country.
He is not a decision maker in days of crises, God forbid.
Except for his role in the RS , he has not much to do except addressing seminars.
No offence meant.

agree with you that the vice-president of India is not covered by media as other delegates.

BUt its really surprising that people of India at least who are educated and can read news papers. Don't know the name of our Vice president, it's Pathetic..