There is No One Best Way 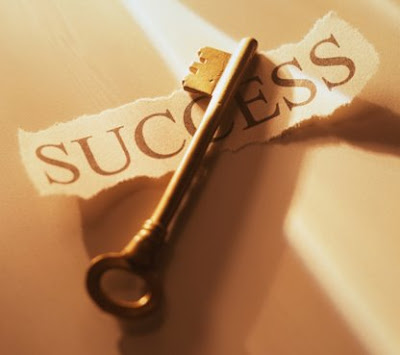 " There is No One Best way "...... I follow this quote quite religiously with conscience and rationality. You can find this quote on many of my books i read. Recently, I did realise it in a more deeper and broader way, after coming across Ravindranath Tagore's writings. What I understood from Tagore is that,...... only the ignorant try to imitate the behaviour of others. Intelligent people do not waste their time on that, they develop their personal abilities and talents , for they know that no two leaves are alike in a forest of a hundred thousand trees. They know their potential and scope. They try neither to imitate nor to emulate. They just create their own path and carve a niche for themselves. No two journeys are alike on the same path. May be god is also intelligent and seeks diversity in everything he creates. Here I do not want to talk about imitation with respect to careers, jobs, passions, fashions, interests, tastes, orientations, preferences, priorities, perceptions, likes, dislikes as all these are very much related to relativity and subjectivity. Almost every man wastes part of his life attempting to display qualities which he doesn't possess.

All these years, I have come across one special type of imitation, where people want to love a girl/boy only because someone else is doing that. They do feel it as a status symbol and think that it brings special recognition among their circles. I do not know whether they do this for the sake of publicity or popularity (There is a difference. Popularity is a social disease). Even we tend to imitate in expressing our love to our dream. I am not saying that it is a mistake. Everyone one of us are in search of our dream girl/boy. Most of the times what happens between a couple is that they love themselves in others. I feel that the beginning of Love is to let those we love be themselves, and do not twist them to fit our own image and parameters. Else, we love only the reflection of ourselves in them. We have to accept them as they are rather than the way we want them to be.

My friend Karthik is a fine example for that. There were situations in his life where he could not even cry properly in the malady of depression. He was cornered totally and was feeling utterly low . He had neither a leaf nor a fruit to pluck. But he realised that he has got still one more thing with him that can take him to heights ie, HOPE. He buried the past, which is dead. He embraced crude truths and naked realities. He came to know that Success is a mere Perception and very much relative. He felt that success is not getting over every examination that life keeps throwing at you. However, Success is definitely is in accepting who you are and more importantly following your heart and instincts. Fate conspired to give Karthik one more chance to fulfill his dream. He recognized that the art of living lies not in eliminating but in growing with troubles. He says that dreams do not vanish as long as we do not abandon them. His heart conveys that he is not a victim of a Failure, unless he thinks he is. He lives life believing that glass is half full. Now, karthik talks with me with a smile of wisdom which says that " Beyond academics, life skills also matter ". He did not leave anything to luck, he takes up challenges. Anyways, he has got his key to Success.

Now, you may ask me whether Karthik is a success or a failure. I strongly believe that 'A man who has done his level best is a success, even though the world may write him down a failure'. Karthik is a Success in his intent and a failure by chance. I do call Karthik a success, because he has learnt the "Smile of Wisdom", which cannot be imitated but has to be achieved in every one's own way. We may not have the choice regarding the events that occur in life, but we do have choice in responding to those events. The strange thing you may smell is that why did i write about Imitation, Love, Dreams, Success/Failure and Wisdom in this post. Yeah, I do have a purpose here. I want to share with you guys that " the wisdom lies in not imitating love for someone else dreams to achieve our Success " . It is my key to Success . I am absolutely sure that this key will not work for you guys as I said at the starting of this post that " There is No One Best way... "

Mahesh, you wont believe that today itself I was thinking why this guys didn't write anything of late..they say "master piece takes time" So it did.. :)
I really liked this topic..I agree with what you had said. No two keys can be the same :P And everyone has to create their own key I mean success story.
This reminded me of my friend who is going through a bad phase, you know I keep pushing her to over come it and create a different path. I know making her understand wont help, she herself has to understand and overcome. You know many people know what is right for them and what they have to do to correct themselves or over come the bad phase, only thing is that they don't want to do it. We being friends might second ones opinion but at the end of the day everyone is an individual, we are the masters of our lives, we are the decision making body of our own and ultimately we are the one who has to draw the line for success.

Thanks Rupa, you have added spice to the topic.
Indeed I feel happy that you got my point so clearly. I am quite elated by your response.

dude exllent one. keep sending such E-Mails.
very inspirational one n i found it as very useful.
Thanks dude ;)

Another very good and inspirational article from you.

I liked many lines in this article. Surely somewhere these lines are related to every one in this world.


About love, dream gal/boy and popularity sake... in second para.

Success and failures, karthik's example in other para's.


And mainly the conclusion part.... really awesome and inspiring.


Even I came across all these things in my life and want to change myself into a better way.

I am not complaining.. but I know how it feels when we go through the above mentioned


" A man who has done his level best is a success, even though the world may write him down a

After reading this article.. I feel like changing myself into a better position.


I hope i will be successful.


Thank you once again.

Really a good article. Its very true that we waste lots time displaying qualities which we dont have. Keep posting more articles, would love to read this kind of articles.